In the very early 80's, while still in high school, RSG Coevorden, Edwin spent quite some time in the darkroom and learned lots about film development spools, exposure (dodging and burning), photo paper development fluids, stop baths, fixation, washing and drying. Black-and-white only, of course. Times have changed... In the 90's he took countless pictures using color film, although this was mostly limited to his plane-spotting hobby and the usual holiday trip snapshots.

His interest in photography really came alive again with the introduction of the digital cameras and he seriously picked up photography sometime during 1999 and hasn't stopped since. In 2005, his first ever Digital SLR, a Canon EOS 350D, marked the next milestone. It wasn't until 2009 that he realized that what he called "photography" was in reality best characterized as "running around in circles" and that in order to raise the bar, he would have to focus (pun intended) and plan ahead. He attended several workshops by inspiring and renowned photographers like Bas Meelker and Johan van der Wielen and learned to master photography to a degree that far exceeded his wildest expectations.

In 2012 he felt that the knowledge he gained justified upgrading his gear and decided to go full-frame with the Canon EOS 5D Mk II. After some early experiments with mirrorless camera's, the end of 2018 marked the switch from Canon to the Fuji X-series, mostly driven by reduced size and weight, improved AF system, rich feature set, stunning image quality, somewhat lower price and the excellent reputation of the Fujinon lenses for the X-series cameras.

Nowadays, Edwin is a passionate outdoor photographer specializing in landscape and cityscape photography, while still doing the occasional aviation photography.

This work is licensed under a Creative Commons Attribution-NonCommercial-NoDerivatives 4.0 International License. 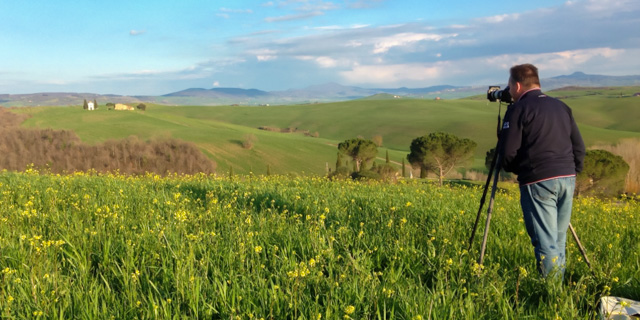